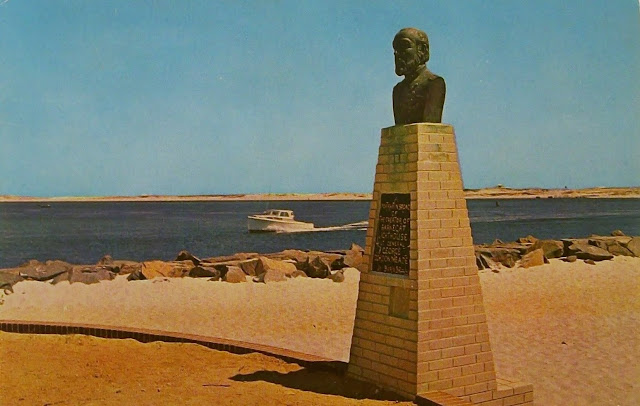 Bust of General George Meade at Barnegat Lighthouse. The commander of the Union Army of the Potomac at Gettysburg & through the end of the Civil War. Prior to the war, Meade designed the Barnegat, Absecon (Atlantic City) & Cape May lighthouses, all New Jersey treasures. If the florid journalists of the Civil War era had made the connection, they probably would have called him "The Beacon of Victory" or some similar phrase.