It's 1966. The second dancer from the left in the video looks like she was late for rehearsal. Song originally written by Tony Hatch for Petula Clark, good song, lots of good versions. 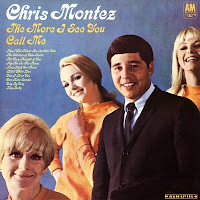 There's a 22 cut "Best of," but the original, modest vinyl album is as perfect an example of mid-Sixties A&M label as Herb Alpert & the Tijuana Brass, Sergio Mendes & Brazil '66, & Baja Marimba Band .