The idea that having a big, friendly, drooling, stupid dog makes one a better prospect for a relationship is undoubtedly a myth propagated by owners of such dogs, who usually allow those dogs to sleep in their beds. One of the few times I broke up with a girlfriend rather than being dumped was because of a dog. The woman insisted on getting up at dawn to go home & let her dog out. Gentleman that I am, I also got up to see her safely to her car. The only good reasons to get up that early, aside from earning a living, are to play ice hockey or work on competitive swimming. Sleeping at her house was out of question. The situation was untenable. If you kick a big, stupid dog out of your bedroom in favor of a "guest," it will sit outside the door & whine all night, if not crap on the floor in indignation. Frankly, I've never felt embarrassed to have sex in front of a cat. They are utterly disinterested in watching. 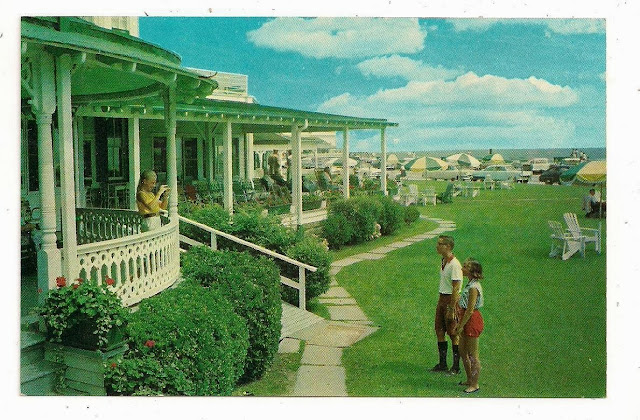 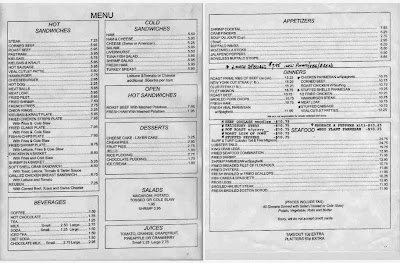 Nothing in history suggests ...

"America is such a compassionate nation, nothing in history that suggests that churches and communities and our families would let people die of hunger, there is absolutely nothing." Kenneth Blackwell, Family Research Council, supporting "Food Stamp" cuts. What? & this guy's American ancestors were slaves!

How ignorant  can one be of both American & Christian history. It boggles the mind. We didn't get a fairly firm handle on widespread hunger in America until the Sixties. John F. Kennedy, when he was running for President in 1960, toured Appalachia at the request of some governors & was appalled; he saw children with bloated bellies. People have always starved in America. Churches have never made more than slight dent in hunger, well-meaning as they are. Most churches do little at all, or just enough to assuage the consciences of their congregants. It's sickening what happened to poor people in the United States from industrialization through the New Deal.

We are a "compassionate nation," but let's not be delusional about it.

SNAP may be the best social service program we have. It is entirely income/resource-based & has only one goal - providing food to people who lack income to buy sufficient amounts of food to feed themselves & their families. Food purchases made with SNAP cycle back into the economy, & the food industry from farm to retailer benefits so well that I can't understand how the Republicans can buck the lobbies. SNAP is not a welfare-to-work program because it is designed to also help able-bodied working people. Years ago the "middle class" didn't need Food Stamps except during layoffs or periods of unemployment, & the benefits tended to be short term for them. It is hardly the fault of the middle class that its income has declined into food stamp eligibility. Are we to order underpaid working people to take second full-time jobs because they are "able-bodied." Even with SNAP, food pantries cannot supply the demand for food. A lot of families that would benefit from SNAP are disqualified because they have too many "resources" - savings accounts, a late model car. The moral issues here are hunger & wages so low that people literally work themselves into debt & poverty.

Labels: human rights, in the news

At full moon I tip my cap
toward the Ruler of Tides,
of bleeders & of poets.

I do this courtesy
as a practical matter
as have others before me
on behalf of fools for whom
our own world is a petty orb.

I am not the only creature
observing balls of rock & gases
dancing their definite dances.

When I dance as a gift to the sky,
I always choose my own mask,
the old rules are merely suggestions. 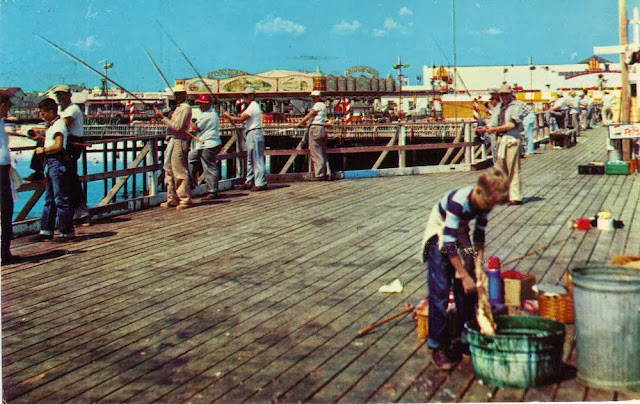 The Cloistered Nuns (Versus the Realm of Realism)

The cloistered nuns are furious,
a man has bought the land
next to their convent
for his new office building
with third story windows.
Their convent garden wall
is only two stories high.

"We try to understand progress,"
says an old nun speaking with an outsider
for the first time in decades,
"but this development would ruin us."

"I am not unreasonable,"
the businessman insists,
"but stopping this project
is beyond the realm of realism.

Does the realm of nuns tending flowers
exist outside of their garden?
Is there a useful balm from Gilead
in the compassion of their wordless prayers?

"This land is too valuable to stay vacant,"
the businessman explains.

"Our dead are buried here,
we can’t move," says the nun. 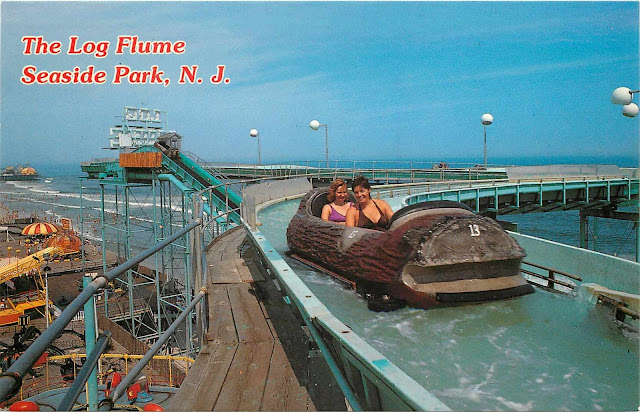 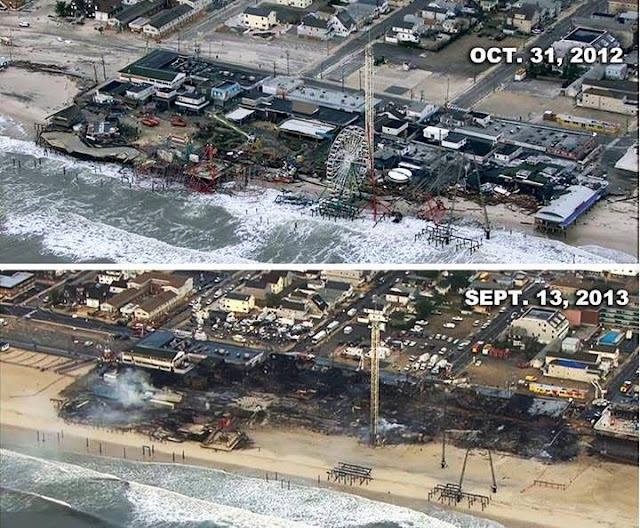 The south end of the Seaside Heights boardwalk, including FunTown Pier, is burning down (the iconic roller coaster was at the north end). The amusement  Pier hadn't reopened this past summer, but dozens of boardwalk businesses in the Funtown section had. Most of the section lies in Seaside Park, the town south of Heights, & they always always correct you! The entire boardwalk was replaced. The Jersey Shore has already suffered so much, & the part from the Seasides north got the worse of Hurricane Sandy. The wind is blowing the fire north, the line of heavy showers expected there failed to materialize. 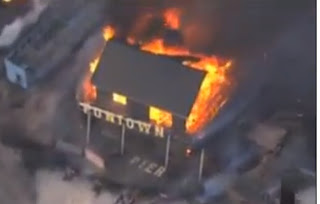 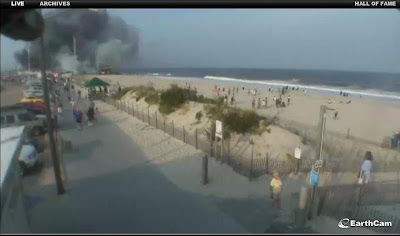 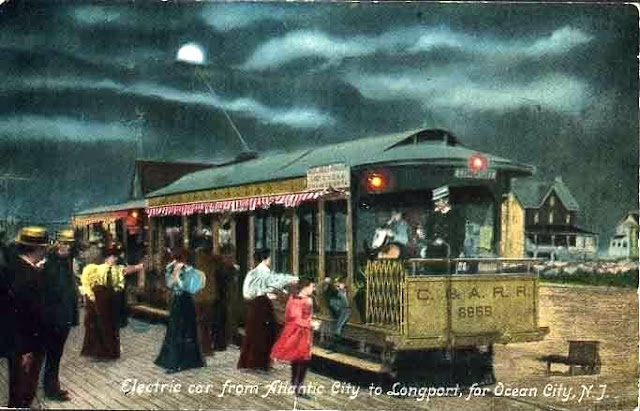 What a mess, Mr. President

President Obama made two mistakes, & I thought they were mistakes when he made them. The first was making a big issue with Putin  over  Russia giving asylum to Edward Snowden. While Americans had very mixed feelings about what Snowden did & how he did it, from hero to traitor,  most Americans believe we needed to know what he exposed about the N.S.A. The President's obsession with bringing Snowden to "justice" did not acknowledge  the big problem was no longer Snowden; it was the Obama administration response to the N.S.A. revelations.   Snowden is not the dangerous man; Putin is. Snowden seems to be a jerk, & hardly makes me feel good about  privatizing  our national security. Bad enough you can't enlist in the Army to learn to be a cook anymore. We're hypocrites in Jersey; we despise rats even when we agree with what they do. It's just the way we are.

The second mistake was "drawing the line" for Assad.  I happen to agree with John Kerry that the President should not take diplomatic or military "options" "off the table." Not in public, in speeches.   We have a nuclear strike arsenal, for cripessake, & the activation codes are never more than a few steps from the President. I also think use of chemical weapons is "different." But the President should not have put himself in the situation of having no options at all. To use another cliche, he did not "get all his ducks in a row" before mouthing off to Assad. Then he dumps the serious matter on Congress - I don't basically object to that, but this congress is really  screwed up - but hasn't said he would abide by its decision if it went against him.  When the Brits - our only truly trustworthy allies in the world - wouldn't support us, that should have given him & everyone pause.

So now at a time when he ought to be seeking international unity for some form of action in Syria, with a number of "options" "on the table," & guiding the transition to a new healthcare program, he's isolated himself at the G-20 conference.  What a mess.

Would the act of bombing Syrian military targets be an act of war by the United States upon the existing Syria government? If it is not an act of war, then what is it? If it is an act of war, would the Syrian government be justified in retaliating? If not, why not?
These concepts of "limited military action" or "punishment" morally confuse me. What is to be concretely gained by the action?

When the agents of Al-Qaeda attacked us on Sept 11. 2001, we considered it an act of war not only by that terrorist group but also by the government of Afghanistan giving sanctuary to the group. What are our options if Assad uses chemical weapons following our "limited" bombing? We need to be thinking several steps ahead of our good intentions.  What does it take for us to learn there is no war without consequences, without sacrifice? 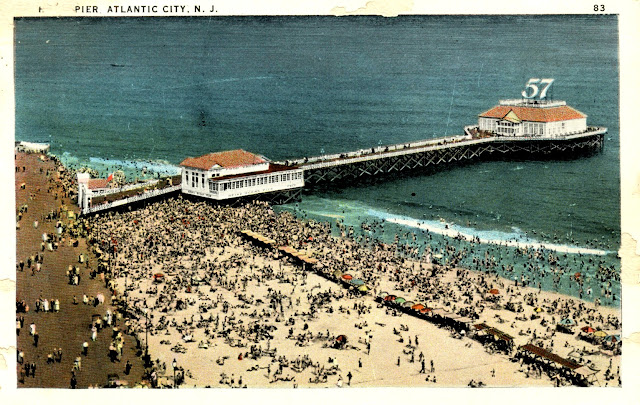 Destroyed in the 1944 hurricane.