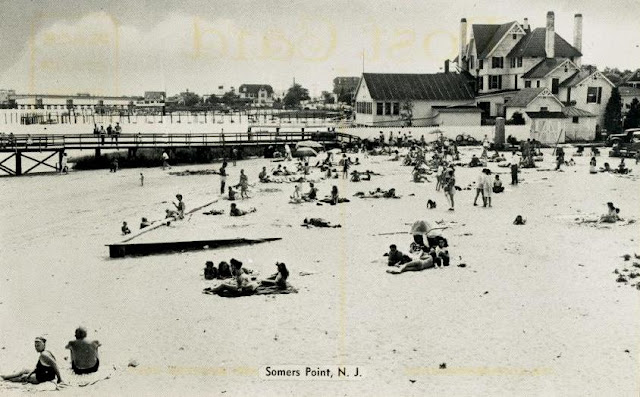 Bayfront looking south to old Ocean City bridge/causeway. There were a number of bars featuring live music on the bayfront. You could hear the music from the bridge. Ocean City was & is a dry town, & Somers Point was easier to get to, & cheaper,  than Atlantic City.  The most popular of these bars was Tony Mart's, which featured R&B acts in the Fifties & Sixties. The Isley Brothers performed there in their "Shout" period.