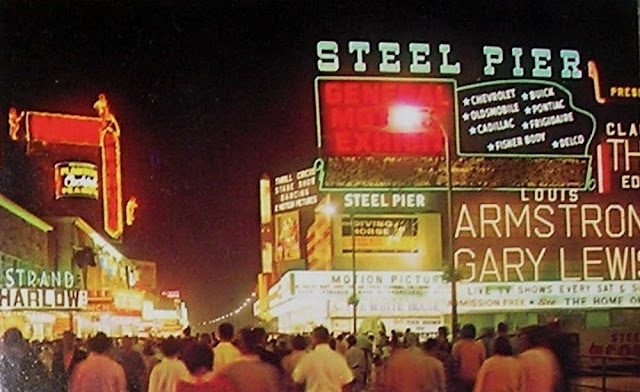 I was down there for two or three weeks that summer, but not during their appearance. The crowd belies the notion some people have that Atlantic City was an unpopular destination at the time. The problem was  the infrastructure was falling apart. There were plenty of good motels, but the large old hotels & Convention Hall on the boardwalk no longer supported a healthy  off-season convention business.  The boardwalk lacked amusement rides. Las Vegas had legal gambling, luxurious hotels & better entertainment.  Atlantic City had become uncool.  But  the boardwalk was the grandest street I knew. Up toward the Steel Pier (where I only occasionally ventured) the sensory experience was almost overwhelming at night.