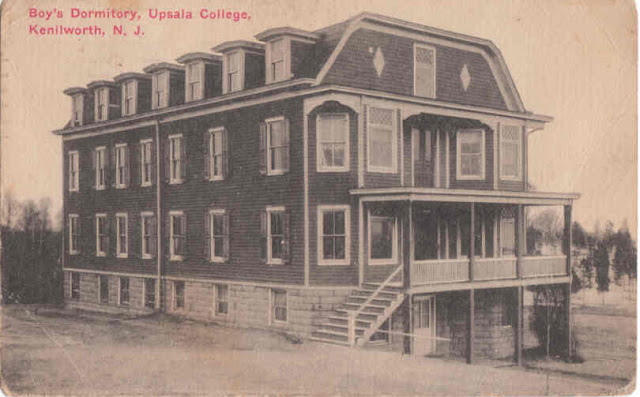 Upsala College went defunct in 1995.
The biggest mistake Upsala made might have been relocating the college in 1924 from then farmland & wooded Kenilworth to suburban East Orange. Kenilworth was ideal for a growing, young college. It had cheap land & a small downtown that even now one could imagine as a college town. Kenilworth was a community with a guaranteed future. Although Upsala rooted well in East Orange, it never had a really attractive campus, despite the several fine, old houses it had purchased. The school was always hedged in by residential streets & apartment buildings. The neighborhood experienced a drastic, baffling "white flight" in the Seventies & the school gradually lowered its admission standards to keep enrollment up. Among the ill-conceived plans tossed around to rescue the college, wasting time & money that would have been better invested  in reviving the school's  once-prestigious theater & dance  programs & promoting its proximity to NYC,   one involved  transplanting Upsala to Sussex County, to a site probably like the one it had vacated in Kenilworth.