Presumably, my paternal grandmother, Nana, grew up around a great deal of Irishness in Philadelphia early in the 20th Century. Irish lived with Irish in cities back then. But she & the two aunts I knew, Bella & Mary, ditched the overt ethnicity when they married, keeping only a Catholicism in which they preferred the Sacraments be dispensed by priests of Irish extraction. The American branch of the Church in my childhood was still ruled by Irish-Americans at the higher levels of hierarchy, & most parishes 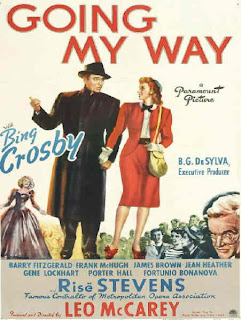 tilted to one ethnic group or another. My grandmother's parish was St. Joseph the Carpenter in Roselle rather than Church of the Assumption in Roselle Park, the latter organized & built by the town's large Italian-American community. I dated three girls from St. Joe's, two of them from the church's now defunct Girl's Catholic High.

I've never felt seriously deprived by not being raised Catholic or with an Irish-American identity. In fact, there was little of the latter among the Irish-Americans I knew, & I knew plenty. No one took classes in Irish dancing or language. I suspect most Irish-Americans moved to Roselle Park to escape ethnicity. They kept some of the superstitions, & too much of their oppressive Jansenist form of Catholicism, so unappealing compared to the Italian variety, which was balanced by festive, Mediterranean traditions. Italians knew how & when to party, & they had better cuisine & music. My grandmother certainly had a bit of lace curtain affectation, a tendency to look down at poorer urban Irish-Americans. Sadly, I know so little about Nana's upbringing in Philly that I have no idea how she was raised, except that she had excellent cursive penmanship - a sure sign she didn't like being whacked on the knuckles by shrouded nuns.

Of four siblings, I'm the only one who showed much curiosity about Catholicism, & so became the only one singled out for attempts at conversion. That we weren't raised Catholic was no doubt a great heartbreak of my father's side of the family, & the blame for this was placed squarely on my dad, not on my protestant mom. But dad's antipathy to Catholicism was 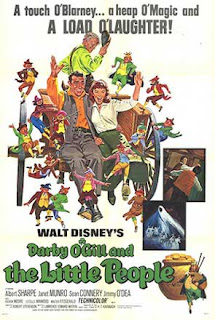 justified by years of strict Catholic education, including an exhausting & tedious commute to the militaristic Jesuit Xavier High in New York, & by his own father's nominal attention to religion. Dad's story was that his dad once dropped him off for Mass, begging off attendance that morning with the excuse of not feeling well, & was returning home. Dad wasn't feeling so hot himself (he'd say with a smirk), so he skipped Mass & walked to a local restaurant, where he found his father enjoying breakfast. So dad traded his religion for bacon & eggs & the Sunday papers, not once expressing the slightest regret or guilt over the decision. He was not "lapsed."

My interest in Catholicism - only an early indication of an attraction to cultural exotica & perplexing theologies - was noticed by Nana & apparently signaled across the matriarchal web. As a young adolescent, a nun-Aunt I'd never met sent me a book on why I should be a Catholic; actually just the Baltimore Catechism with a different cover & special introduction for non-Catholics. I still have it. But the book explained everything I didn't like about Catholicism: Here's the question, & here's the answer you have to give. It was the same dreary instruction book all my Catholic friends had had to memorize while I was being instructed by kindly Methodist women who taught the Bible from a sort of story-teller's oral tradition with the aid of coloring books & lots of singing. The paradoxical hubris of Northern Methodism was that it believed not acting superior to other varieties of Christians made Methodism the superior denomination. Unless WASP is ethnicity, the Methodist Church had no ethnic culture. It had produced some powerful hymns, & some blandly quaint celebrations like springtime Strawberry Festivals, & some congregations leaned toward Episcopalian practices - what we called "high church" Methodists. So I was intrigued by religions with strict belief systems, ethnic identities, & great art. Quite early on I arrived at two conclusions & one question:
How Irish can I be when my introductions to the culture were Going My Way & Darby O'Gill and the Little People?

Share |
Comments:
My aunt (the dancer) was an extra in the movie Darby O'Gill & the Little People. I have a ton of polaroids taken on the set of her and the other "little people. Although my grandmother emigrated from Norway, hence I am mostly Norwegian, my grandfather's side of the family were mainly Irish, hence the last name of Kelly.