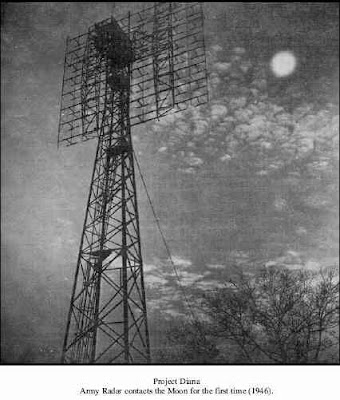 In 1946, using this strange tower, a team of scientists & engineers at Fort Monmouth bounced a radar signal off the Moon. The lunar echo effort was called Project Diana. The tower was located at Camp Evans, near Shark River in Belmar, New Jersey. It must have a been an odd sight to local residents. A prominent member of the Project Diana team was a young African-American physicist, Walter Samuel McAfee, who now has a building bearing his name at Fort Monmouth.